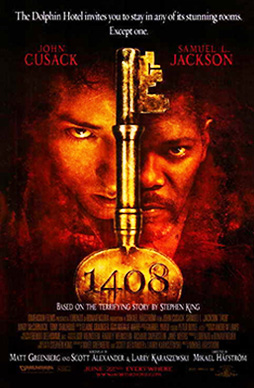 Celebrated horror novelist Mike Enslin believes only in what he can see with his own two eyes. But after a string of bestsellers discrediting paranormal events in the most infamous haunted houses and graveyards around the world, he has no real proof of life… after life. But his phantomless run of debunkery is about to come to an abrupt end as soon as he checks in to suite 1408 of the notorious Dolphin Hotel for his latest project, “Ten Nights in Haunted Hotel Rooms.” Flouting the warnings of the hotel manager, the author aims to be the first person in years to stay in the reputedly haunted room. Another bestseller may be on the career horizon, but first he must undertake a journey that takes him from skepticism to belief – if he can live through it. 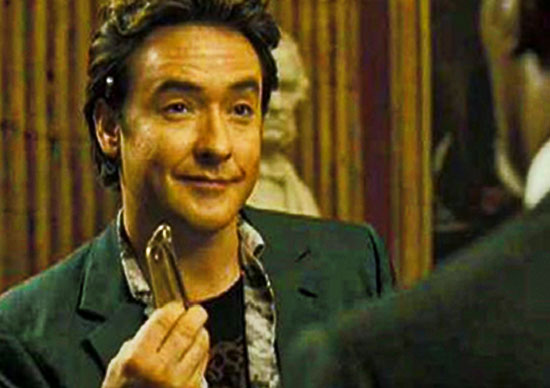 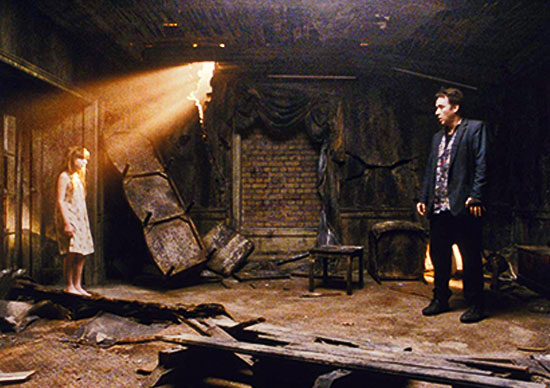 Mike Enslin: [Olin gives Enslin the room key] Most hotels have switched to magnetics. An actual key. That’s a nice touch, it’s antiquey.
Gerald Olin: We have magnetic cards also, but electronics don’t seem to work in 1408. Hope you don’t have a pacemaker.

Gerald Olin: Look, I’m not telling you not to stay in that room for your own good or for the profit of the hotel. Frankly, selfishly, I just don’t want to clean up the mess.

Mike Enslin: Why don’t you just kill me?
Room 1408: Because all guests of this hotel enjoy free will, Mr. Enslin.

Gerald Olin: What do you want, Mr. Enslin? You sought this room. Oh, that’s right. You don’t believe in anything. You like shattering people’s hopes. Why do you think people believe in ghosts? For fun? No. It’s the prospect of something after death. How many spirits have you broken?

Book Store Cashier: Where is the best place where I can see ghosts?
Mike Enslin: Guaranteed? Haunted Mansion, Orlando.

The performances of John Cusack and Samuel L. Jackson in this film are spot on. They have great chemistry and are both well cast. Cusack, in particular, was a perfect choice. We all know the romantic roles Cusack had become famous for in the earlier markings of his career (Say Anything, High Fidelity) and it is these earlier films that make him perfect for 1408.

It is like we get to see the star of Say Anything after his life didn’t work out so well. He has the look of a man who once believed in romance but now believes in, well, nothing. Maybe it is just that we imbue this quality on him because of these quixotic roles we associate with Cusack? Or, it could be, Cusack is that versatile as actor, drawing what he wants out of us on demand.

Samuel L. Jackson, to say the least, was creepy, forthright and menacing as the manger of the hotel. He has those expressive eyes that can bore holes like hammer drills in a concrete wall.

This movie is nearly up there with another haunted hotel movie that comes to mind: The Shinning. Well, maybe 1408 is not quite that good, but surely it is one of the better horror movies to come along since. Perhaps that should come as no surprise: the same master of the spine-tingling yarn, Stephen King, penned both. Nonetheless, it makes me wonder-Stephen King must not like to stay in hotels.